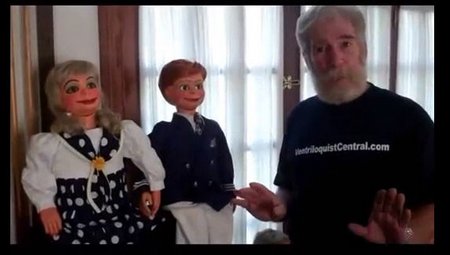 He was married to Emily Carlin and they had a son named Walter Walter Jr his real name was Walter Olsen Jr. He too became a ventriloquist and worked the vaudeville circuit with his two Frank Marshall figures named Mary Lou and Woody. Woody has the following movements, slot jaw, side to side self centering eyes, winkers / blinkers.

Mary Lou has mouth movement only. They both have an eye from a hook and eye lock on their right hands. I have no idea what that was for but if a thread was attached then they could move their right hands by pulling the thread.