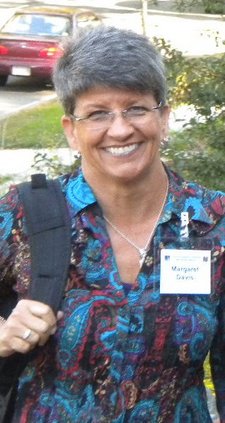 I was going to write up a review of the Ventriloquist Central Birthday Bash but when one of the attendees, Margaret Davis wrote this and made my job a lot easier. Enjoy this review!

Started off with a bus taking us over to Dan Willinger’s house…not at all what I expected, not sure what I expected. Dan’s place is a beautiful two story stone house…walked in the front door and BAM! This house is loaded with some of the most beautiful antiques I have ever seen in my life. Museum quality, really breathtaking. So… before he got the Ventriloquist Figure Collecting bug he was a big antiquing FREAK. But onto his collection…It rivals VentHaven, he has great figures and most of them he knows “their” story. I could have stayed all day just looking at them…I did find a couple of favorites.

Bob Abdou did his lecture on joke writing and gave us pointers on how to write original jokes, gave us a chance to write one, I think we all need serious help. We did not have one funny joke in the group. He gave us a list of what he has learned over the years, very helpful.

Ray Guyll did a lecture. Ray is a figure maker and a ventriloquist…he did a lecture on figure making (wood poly sculpt type figures) it was an awesome lecture…I will never be making a figure but it was very interesting. And what a sweet personable man he is. His wife is his side-kick and he was very honest that she does MOST of his work, hahahaha.

Ken Shapiro did a lecture…he is known in the vent community for writing jokes for Edger Bergen. He is a writer/TV Producer. He produced the Golden Globes, Sesame Street, Dick VanDyke, Bob Hope, Red Skelton, Hollywood Squares, Newly Wed Game …the list went on and on….and his best friend was Danny Kay. He kind of just talked about his life, wish he would have done a talk on joke writing or something.

Evening show started with Bob Abdou (he was hilarious) He started with about 10 minutes of stand-up then he started with a Giant ventriloquist Chicken, next he did a routine with a fall-apart dummy, I won’t tell you how it worked but I will tell you it was really, really funny. My Sister was crying she laughed so hard.

Ed Thomas blew the show away. He had on a great (Pimp Suit), he looked like a million-bucks. He started with about 5 minutes of stand-up (funny stuff), he did a bit with his flamingo (duck) that was Rhonda’s favorite and of course the standard Hugo (folks love Hugo), he did a little skit kind of like Lake Woebegone, put on a fisherman’s hat, a fake mustache, glasses and a scarf and told funny stories like you were talking to some old man from New England.

Closing the show was ventriloquist Mike Robinson, not very well known to the vent community (because we never see him); he is a cruise ship guy. He did 30 minutes of his cruise ship gig. His act was very smooth. A lot of the quick talking back and forth between him and the figure. Bottle of Beer gag, distant voice while shoving him in the trunk, etc. Donald called during the act and I let him watch it from my iphone on face-time, that was kind of fun.

For a one day Convention it was a lot of FUN.
Margaret Davis