The Original Batmobile and Ventriloquism 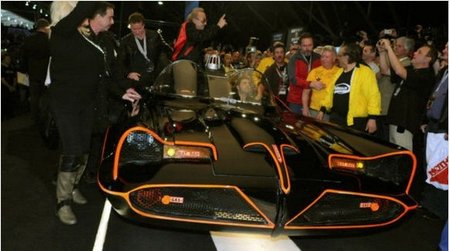 Can you believe that the original Batmobile built by George Barris for the 1960’s television series Batman just sold for an astounding 4.2 million dollars. I believe that is a record price for any artifact from a TV show.

Our own Jeff Dunham comedian/ ventriloquist extraordinaire was in attendance for the sale (pictured above). He is an avid Batman collector and I thought he would be the ultimate buyer but that was not the case. It was in fact purchased by a fellow from Arizona who in an interview said he was going to display the car in his living room.

So you are asking what does this have to do with ventriloquism. Good question. I have been thinking about the so called trickle down effect of the pricing. You see there were quite a few of the original style batmobiles that were built. With the sale of the original at such a high number will that cause the replicas to go up in price?

I guess we can make the comparison with the McElroy figures and the very few replicas that have been made. An original McElroy recently sold for over 60K. I am not exactly sure on the money but I do believe it was in that realm. So with a sale of a McElroy figure at that price does it make a replica worth more?

I will give you my thoughts and the answer is no. A replica is just that a tribute to the original. In no way does it have the ability to claim more money because of the original. Remember an original can only be an original once. If it is a replica then many more can be made so the value is never going to be more.

Now a true craftsman, building a McElroy type figure, is going to spend many arduous hours doing the very complicated mechanics and should in fact get paid for the work that goes into that but as we have all seen and know builders of ventriloquist figures never get paid near what they should for the time involved in making a figure. If they did no one would ever be able to afford to purchase a figure.

As a sidenote, speaking of Batmobile replicas, my partner Steve was lucky enough to be following a very nice replica last month: 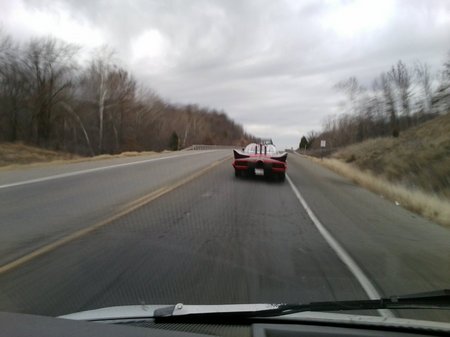 Ok…back to my thoughts, so for me to sum up, replicas are great and I love them but I never think a replica is ever going to climb in value like that of an original.

1 Response to The Original Batmobile and Ventriloquism