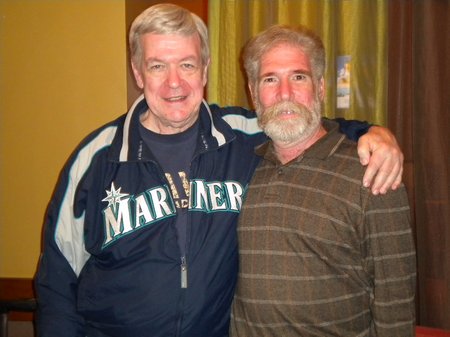 When I started collecting ventriloquist figures in earnest I was offered a Theodore Mack figure by Ray Guyll. We put a deal together for the figure but as well as that we also became close friends. I mean the kind of friends that are true and where friendship never fades. Although we saw each other face to face only a few times. He to me was one of my closest and best friends.

Ray and I would chat almost every day and when I told him about my wanting to do a web site he said he had an idea for a web site called Dummy Central. After we went back and forth the name Ventriloquist Central won out.

Then we met at the Vent Haven Convention some 9 years ago and at the convention Ray introduced me to a ventriloquist/web guru named Steve Hurst. The rest is history. Ventriloquist Central was born and so I take my hat off to Ray because without him and his inspiration the site would never have happened.

Ray was one of the best ever when it came to building and restoring of ventriloquist figures. He was able to restore a figure so it was just as the original or he could give it his signature look. His mechanics in a nutshell are outstanding and I defy anyone to do them better. He could do it all in all materials be it wood, paper mache or fiberglass or resin.

It was a passion of his to build but an even greater passion was Ray’s music. He was a master in the music world and played both clarinet and saxophone as good as any of the greats. He ran a Jazz band, as well as other bands, and did all the transcriptions of the music for the different instruments. That is an art in itself. I never did get to see Ray play but heard recordings and he was great.

The world on a whole will miss this very colorful individual and I don’t think anyone could easily replace him. I can say I am left with a large empty space knowing he is not with us any longer So I say thank you my friend for being there both as a person I could go to for pro vent help and also as a very close personal friend. I love you.

If you would like to send cards……here’s the address: