Dare To Be Different – by Ventriloquist Bob Abdou 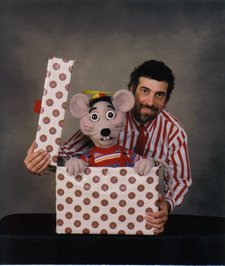 Once again our good friend “Mr. Puppet”, ventriloquist Bob Abdou, sent in this gem to share with you.

“While starting to write this story on being different, I realize that the title is used in an article I just read in an old Vent-0-Gram booklet. So even though this article is different, current and my opinion, I’m going to keep the title anyway.

Can one really be different with common, similar looking, basic, standard figures/puppets?

A lesson I learned in school about pirates I also put to practice in my puppet business. Whenever pirates wanted to invade an island, they anchored their ship far away from the island, they rowed to the island in small boats. Once they reached the island they burned their rowboats, YES, they destroyed the one thing that could save their life and return them to the safety of their mother ship. Why would they do such a foolish thing? The new island they just landed on could have wild animals, cannibals or enemy colonies that would kill them off. Burning the rowboats you would think would be the last thing on their minds for these small vessels would give them assurance and peace of mind, but did it? Think about this…by taking away their safety net, it forced them to fight to the death, dying was not an option, it gave them more spirit to succeed, it gave them a positive attitude that the island was as good as theirs. There was no turning back, it was do or die. These pirates realized that if they conquered the island it would make them more powerful, more successful, and their enemies would fear and respect them even more, they dared to be different.

Now what does this have to do with being different?? Don’t you get it? If we want to be different, we need to take away our safety net, burn that rowboat that we can fall back on for peace of mind. By having only one option to succeed it will force us to think outside the box. I’m not saying quit your day job, what I am saying we need to stop doing the same old same old. It’s boring, it’s not new and all we are doing is just recycling old material that will eventually not get a laugh cause everybody is doing it. By doing the same thing others are doing will only make us look like rip off artists and that’ the last thing we want, believe me.

You want some examples? here are some lessons that I teach about being a different vent/puppeteer. If you have an axtell puppet, give it a different look with fun clothes, stop calling it the stock name, stop doing standard jokes, this only makes us look like hack ventriloquists. If we use a “cheek” boy or old man dummy, give it a different appearance, glasses, hat, hair, clothes, shoes. When you do a photo shoot with your partner, stop doing the standard puppet on the knee photo. It’s been done for years and let our clients know that the art of ventriloquism has not changed in 100 years. We need to stop doing others routine and have our puppets look like someone else’s image. We need to stop spending the first 2 minutes of our act introducing ourselves to the audience and finding out about each other. 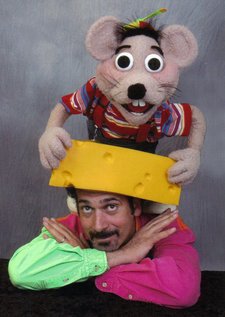 When we go on stage, we need to have that same “winning” pirate spirit and “conquer” the audience, grab them with both hands with a funny joke and let them know we are here to stay and win them over.

Dare to be different!!”

Thanks, Bob for sharing this with all of us.

3 Responses to Dare To Be Different – by Ventriloquist Bob Abdou