Charlie McCarthy and the Smithsonian Museum 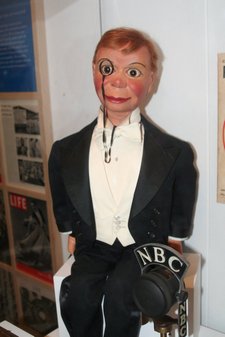 Mike Dupree a ventriloquist and a figure collector ( he has the best selection of Nelson / Jackson figures as well as others) graciously wrote this story about his trip to Washington DC to the Smithsonian Museum. He also gave the pictures you are seeing as well.

Searching for Charlie, McCarthy that is!

After reading several postings about the where about of Charlie McCarthy, I was amused to read that Charlie had disappeared from the hallowed halls of the Smithsonian, knowing full well that he was there the last time I was there, In fact he was there every time I went there, year after year. He was donated by the Bergen Family, He was to be on permanent display. To find out for sure I ran down to D.C. To find out for myself. After the 4 hour trip down from Atlantic City, I was dropped off at the Museum of American History and ran right up to the 3rd floor where he was the last time I saw him, Sure enough he wasn’t there! 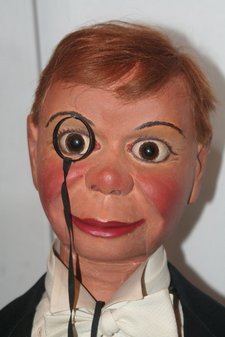 I was disappointed he was not on display, instead in his place was a whole different display with other television memorabilia. I saw Jay Johnson’s Bob figure from the show Soap, I also saw Jim Henson’s Oscar the grouch (the original orange one). Darth Vader was next to both as to keep watch over them. I asked where was Charlie McCarthy and was told by an employee, that times change and so does our displays, we just went through a major renovation and moved new items in. 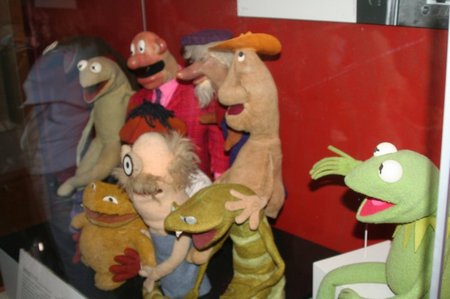 Fast forward to March of 2011, I was invited to spend the day at the Smithsonian, so I had only one museum in mind and wanted to see if Charlie had returned, As I climbed the stair case I remembered when I was very small and saw Charlie in the glass case for the first time, All dapper in his tuxedo with tails and monocle and his trade mark top hat, I was in the presence of a true celebrity, I had seen him on TV and and movies and My first figure was the Mini Charlie and that’s where I learned to be a ventriloquist from, was that little booklet included in the box. 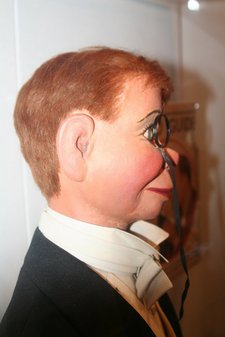 I reached the top of 3rd floor and Right in front of me staring at me as if to say, I am back! Charlie had returned, but to add a bit of insult he was in his display without the trade Mark Top Hat! He looked a little sad to me, but at least he was on display! I could hear the older people, try and explain who he was to the young adults. The Children were drawn to him like a magnate, even though they had never seen him on TV. My Children knew exactly who he was and they were as excited as I was to see him.

I spoke with a museum worker and asked about him and why he was there without his top hat, and also why he isn’t always on display all the time, I was told the same story, they like to rotate all their items so they can share all their collection without taking up too much room. And about Charlie missing his hat, The worker laughed as said most likely whomever placed him in the display overlooked that detail and didn’t realize the importance of the hat!

In ending, If You get a chance stop down and say hello to Charlie, I know Edgar is smiling down at all of us who come to show our respect for his creation. After all we are keeping his memory alive every time we share our talents. I am going to send a few letters to the Administrator of the museum to see if they could put all the Ventriloquist figures on display at the same time, And I invite you to do the same. They have Jay Johnson’s Bob, Paul Winchell’s Jerry Mahoney and knuckle head Smiff, And most of Jim Henson’s muppets, and I’m not sure What other figures are there on loan, But it would be nice to see the entire collection.

15 Responses to Charlie McCarthy and the Smithsonian Museum