Can You Identify This Ventriloquist Act?? 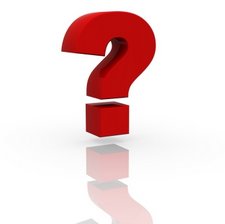 We do try to help anyone who asks with questions concerning any phase of ventriloquism. Unfortunately sometimes I just don’t have the answer and such was the case with this question which was asked so I thought I would post this for all of you and see if anyone out there can help answer this mystery.

I wonder if you could help me. I am trying to recall the name of a ventrioloquist I saw perform back in the mid-1970s, when I was a fairly serious, though amateur, card magician living in NJ. In NYC, the NO. 1 magic shop was Tannen’s, and each year, in early october, its owners put on an all-weekend “Magic Jubilee” at Brown’s Hotel in the Catskills.

Tannen’s made a point of scouring the world for top acts to showcase and one year – but no later than 1976, I believe – this included a very special ventriloquist act. The performer, a man, worked standing behind a set of three rectangular boxes, each one on casters for easy movement and measuring maybe 3 ft. high., 2 ft. wide, and maybe 1 ft. deep. Their front panels were hinged at the top and when the performer opened them, out popped a large animal puppet – a fuzzy bird, a gorilla, and another one I forget.

The performer stood behind these boxes and, manipulating the big floppy puppets from behind, with an arm inside each one, engaged two of them in witty conversation. This went for awhile and then he put one of the puppets away and opened up the third one, the gorilla. On went the conversation for awhile and eventually, the gorilla began to complain about how awful it was to be cooped up in that damned box all the time, bent over and cramped, no air, in the hold of the plane while the performer sat in 1st class above, etc. etc. “Sometimes I wish I were free to just get out and move around,” the gorrila said, and then, suddenly, he was moving around. He jumped away from the human performer and pranced around the stage and did cartwheels and …. well, as you can imagine, the audience’s heart just about stopped, we were so surprised.

And then it was revealed that this was no puppet but a small man – an Japanese man, if I am not mistaken – who was able to fold himself into that seemingly tiny box and wait until he was summoned up and out to do his part of the act. Does this ring any bells? Who was this? I think I recall someone saying they often appeared in Vegas, but that’s about it. I have told this story many times, but nobody has heard of the act and just now, while Googling around to see if I could find out more, and perhaps even see a video, I stumbled onto your wonderful website. Wow. Pls let me know if you have any ideas about who it was I saw. Thanks very much, John, in Calif.

So, if anyone has any ideas or can help John, please leave a comment below. Thanks.

10 Responses to Can You Identify This Ventriloquist Act??