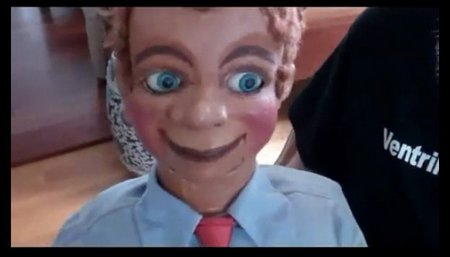 Here’s a video showing a JC Turner Ventriloquist Figure from the 1940’s. JC Turner was the figure that was used by almost every ventriloquist during the golden age if you were going to do ventriloquism.

I guess you could compare him to Maher Studios of today. He was a prolific builder and his figures were sold by magic shops all over the country and also by Abbott’s Magic catalogue.

His figures were made of pine and the parts for his figures were all pre cut and then assembled as an assembly line and painted. Turner could build a figure in just a couple days.