Ventriloquism … Simple Can Be More 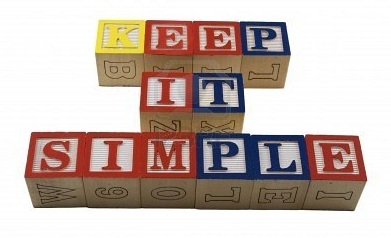 There has been a lot of discussion about this subject and I thought I would throw in my opinion on the subject. I myself certainly think that if you can do something easily why complicate it ? It was made clear to me in the study of my guitar playing.

I love playing chord melody on my guitar and one of the masters of this style of guitar was a fellow named Barry Galbraith who was a studio musician back in the 1950’s. He was a most talented player but always said that the simpler you make the playing the more you will get out of it. His interpretations of many Standard tunes shows this off.

When it comes to manipulating your ventriloquist figure, again simple can be the best. If you have your figure constantly moving for no apparent reason this is no good. If he never moves that too is no good. You have to find that happy medium but again keep it simple.

Functions of a figure can be the biggest thing. Most everyone who is new and gets into ventriloquism sees the figures loaded with functions and wants one that does everything. That is totally understandable but is it necessary to use all the functions? I think not.

In fact most of them are not needed and might never be used. It takes many years of constant practice to find the right dialogue or script where all the different functions are used. You would maybe use wiggling ears once in a routine but how many more times would they be needed? The same for other functions like flip wig or wiggle nose.

Edgar Bergen, who many will say was the best at manipulation of a ventriloquist figure in the twentieth century, used mouth movement only on all of his characters, Charlie McCarthy, Mortimer Snerd and Effie Klinker. His manipulation was smooth and precise and simple. Moving his figures only when needed.

Many say his lip control was not so good but it didn’t matter because when his figures were talking they were who you looked at not Mr Bergen. He was a master of manipulation. If you are new to ventriloquism I suggest you click on the Tribute To Ventriloquism section and go to the video section and look at the master at work.

Today Jeff Dunham is carrying on this tradition. When He brings out Walter that old man just brings the house down. He has only mouth movement and moving eyebrows but Jeff has mastered the manipulation of Walter and he comes to life.

So to sum up in my opinion simple is for sure the way to go when doing ventriloquism. Do it simple but do it right.

5 Responses to Ventriloquism … Simple Can Be More