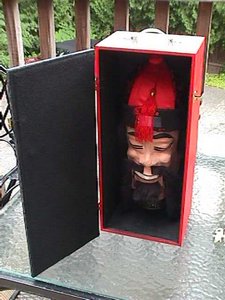 As an acute observer of ventriloquism I though I would throw out my thoughts on the mixing of magic and ventriloquism. Magic as it happens is very close to me. My son is a pro working magician and does table magic in restaurants. He has been doing this for the better part of 10 years. I actually got into the ventriloquism to keep from stepping in my son’s way in his quest to become a magician.

Magic is a great art and so is ventriloquism. When you perform ventriloquism you are actually doing magic. When you bring your figure to life and the figure is interacting with you and your mouth is not moving when the figures is, you have created a fantastic illusion. MAGIC!!

The question of should the two be mixed in an act is something that has been discussed for eons by everyone in both fields. My take is that they should be separate but there have been some that have incorporated both very well. One that comes to mind is the late Bob Jepson. He was a good ventriloquist that actually used his figure in a cutting in half illusion and his figure was talking while being sawed in half. I think he may have been one of the exceptions to my rule.

Tom Crowl , who was a pro magician actually is a magician that changed venue and is now a full time ventriloquist. I think he will agree with me it is either one or the other.

If you really want to ad some magic to your ventriloquism act I suggest you look at this item below!!

The Mandarin head is great for a ventriloquist because not only is it a head in a box but you can actually perform a real card trick with him. Just picture this: You have a spectator select a card and remember it, Then you take the deck and put the selected card back in the deck and place the deck inside the box with the head. Close the door and ask the Mandarin if he has found the card. After a bit of ventriloquism banter you open the door and the selected card is in the mandarins mouth. The card is removed and shown to everyone to be the selected card. This is great visual magic and you incorporate the ventriloquism as well. Two illusions packed together.

Just some thoughts from a vent collector.

1 Response to Ventriloquism and Magic