The Clothes Maketh The Ventriloquist Figure

I’ve written a few blog about clothes and ventriloquist figures. Ben Vee from “Down Under” sent this email to me with pictures and thought I would share it with you.

I’m a regular reader of Ventriloquist Central here in Australia. I wanted to share with you and your readers how important the clothes are when deciding on the character of your vent buddy.

Recently I adopted an Albert Alfaro figure from a friend in the United States. On Alfaro’s website he is named Buckley and this is the photo of him on the site. My friend had purchased him with the idea of him being a hillbilly and redressed him to what he thought suited that idea. I don’t think he was convinced of the idea and consequently “Buckley” sat alone untouched. 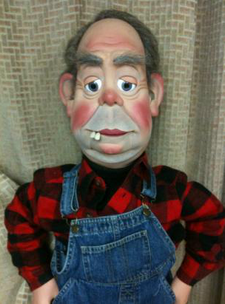 So I bought him and seeing the potential of this fabulous figure decided he was to be an educated, politically incorrect yet loveable guy and renamed him “Dudley”. The suit and shoes I chose for him carefully to depict the character and I think he looks every bit the part. What do you think Dan? 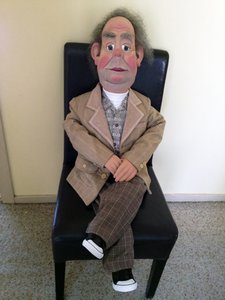 All the best
Ben Vee

Ben, I think you did a fine job!

2 Responses to The Clothes Maketh The Ventriloquist Figure