Side To Side Ventriloquist Figure Comparison 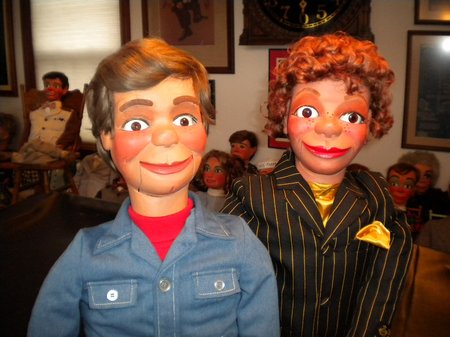 After we I posted the Brian Hamilton figure, which came from Ilene Karnow, I had quite a few who emailed me and even a comment to the blog on how similar the Hamilton Figure was compared to the Jack Coats figure.

I too thought that when Ilene sent me the first pictures of her Hamilton figure but as soon as I unwrapped the figure upon his arrival here at the Ventriloquist Central Collection, I immediately could see that this was without question the work of Brian Hamilton and not Jack Coats.

They are the same size figures standing 40″ tall. That is about the only thing that I can say are the same. I have taken side by side pictures with the Hamilton figure on the left and the Coats figure on the right. Instantly you can see how much more refined the Jack Coats face is done but Brian did a very nice job copying the style of Jack Coats’ face.

He actually made it very cute in my estimation. Next I did a comparison of the hands. The Coats hands are much beefier than Hamilton’s hands The back of the head again show far more finished work on the Coats as compared to the Hamilton. I next show you the back of the heads removed and although done in the same manner you really can see how crude Brian did his compared to Jack. 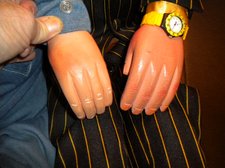 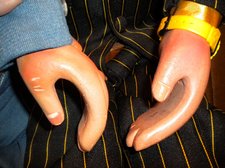 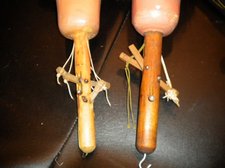 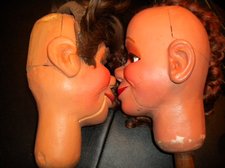 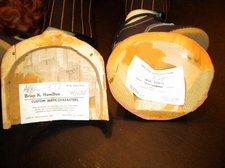 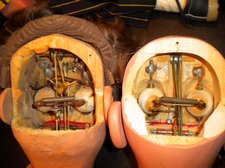 The best is making the comparison on the head sticks and the mechanics. Although clearly copied by Brian they clearly are not the work of a master like Jack Coats. Inside the head is so cleanly done by the master without the use of added plastic wood because of mistakes.

Brian Hamilton was only around 17 when he made this figure and even though I say it is crude just remember how young he was and also how accomplished a builder he was at this time.

I can only imagine what he would be producing if he were still alive today. I think we would be calling him a Master builder.

3 Responses to Side To Side Ventriloquist Figure Comparison