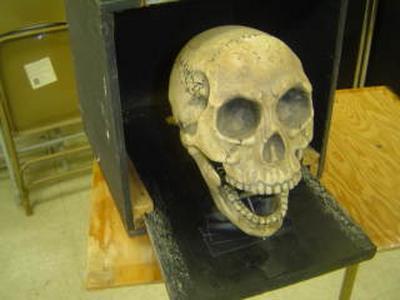 We are all familiar with the McElroy brothers because of their Rolls Royce ventriloquist figures of the 1930’s. These brothers were more well known for making superior marionettes at the time but they also produced a superb magical item called the talking skull.

The talking skull was not a new item to the magic fraternity at the time. As matter of fact the large magic supplier at the time Abbott’s, which became the McElroy brothers sales vehicle for ventriloquist figures, sold a terrific talking skull and is even in the same 1937 catalogue on page 290.

The talking skull was a full size human skull which was mounted on a post and then on a flat board which you held in your hand. You could ask your audience yes no or maybe questions and the skull’s mouth would move to give you the answer. The Abbotts skull was made of paper mache and looked like a Mexican style skull.

The McElroy brothers built these talking skulls, and theirs was far superior to the Abbotts skull. It was much more realistic and one of the oldest living and still performing magician today, John Calvert now 100 years young, uses a McElroy talking skull. 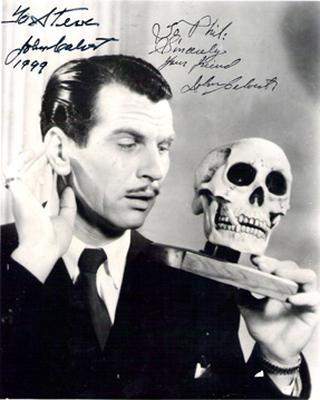 Below I have included figures of this magical item produced by the genius brothers George and Glen McElroy. 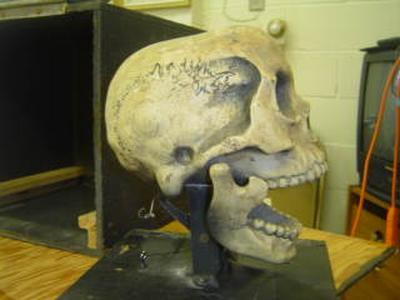 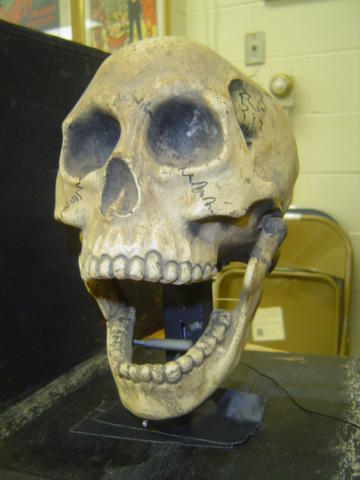 2 Responses to McElroy Brothers and Magic