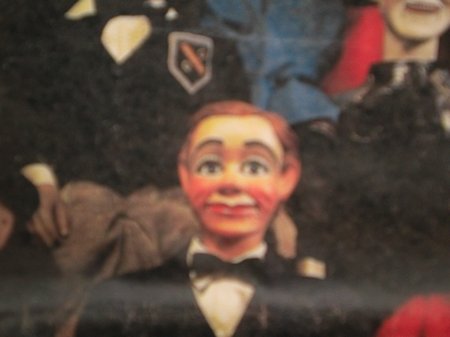 With the popularity of the Insull Figures back in the 1950’s it seems rather strange that this style figure was not used very much here in the United States. W.S. Berger was importing Insull figures and was selling them too. Most of the Insull pocket figures that are in this country today are here because of Mr Berger.

Frank Marshall was very friendly with Mr Berger and because of this the one leather mouth Marshall figure that I know of may have been made because of Berger.

The figure was made by Frank Marshall some where around 1951 for Doc Sontag and today does in fact reside at the Vent Haven Museum.

Above is a photo of this rare Frank Marshall Figure.