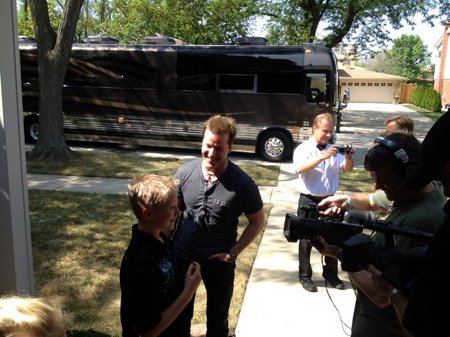 Here is a great story sent to us from Glenn Chelius. I’ll think you agree that this is worth reading.

Hope this email finds you well. Last time I shared a vent story with you it was when we had Bob Isaacson host our annual Nothin’ Up My Sleeve show. Thanks again for sharing the story with all your viewers. Well I have another feel good story that you and your viewers might enjoy.

This year we had 12 year old Noah Simmons from Huntley IL perform his ventriloquist act with his Charlie McCarthy figure at our 10 year anniversary “Nothin’ Up My Sleeve” show that benefits Raue Center For The Arts in Crystal Lake IL. It was this show that really got the ball rolling for Noah as he now has his own YouTube channel and recently entered the Terry Fator (America’s Got Talent Season 2 Winner) contest trying to win a trip to the Ventriloquist Convention in Hebron KY and also see the Vent Haven Museum in Fort Mitchell KY. Although Noah did not win the Fator contest, the video clip that Noah submitted caught the interest of the world famous ventriloquist Jeff Dunham. Noah says in his video that he hopes to be “the next Jeff Dunham”. Jeff reached out to Noahs dad and offered to take Noah to his show in Indiana and then fly he and his family to the Vent Convention. This was a complete surprise for Noah. As part of the big day Glenn Chelius, co-producer of Nothin’ Up My Sleeve and Marshall Brodien Jr were both asked by Noah’s dad to attend. Glenn presented Noah with a special gift, a professional ventriloquist figure (Dan Leighly figure) from his collection. Noah was thrilled to now have a figure with moving eyes and mouth. He was even more thrilled when Jeff arrived and brought the figure to life. 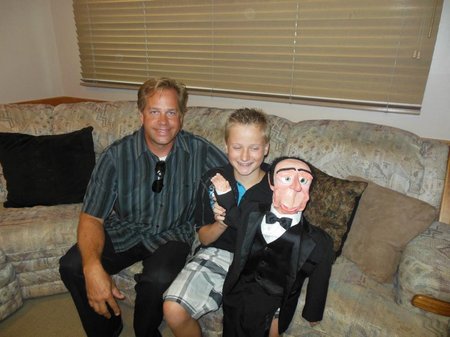 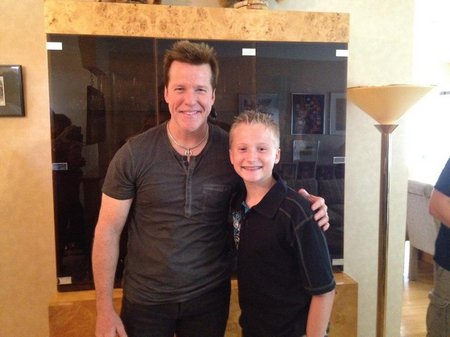 Glenn, thanks for sharing this wonderful story with us at Ventriloquist Central.