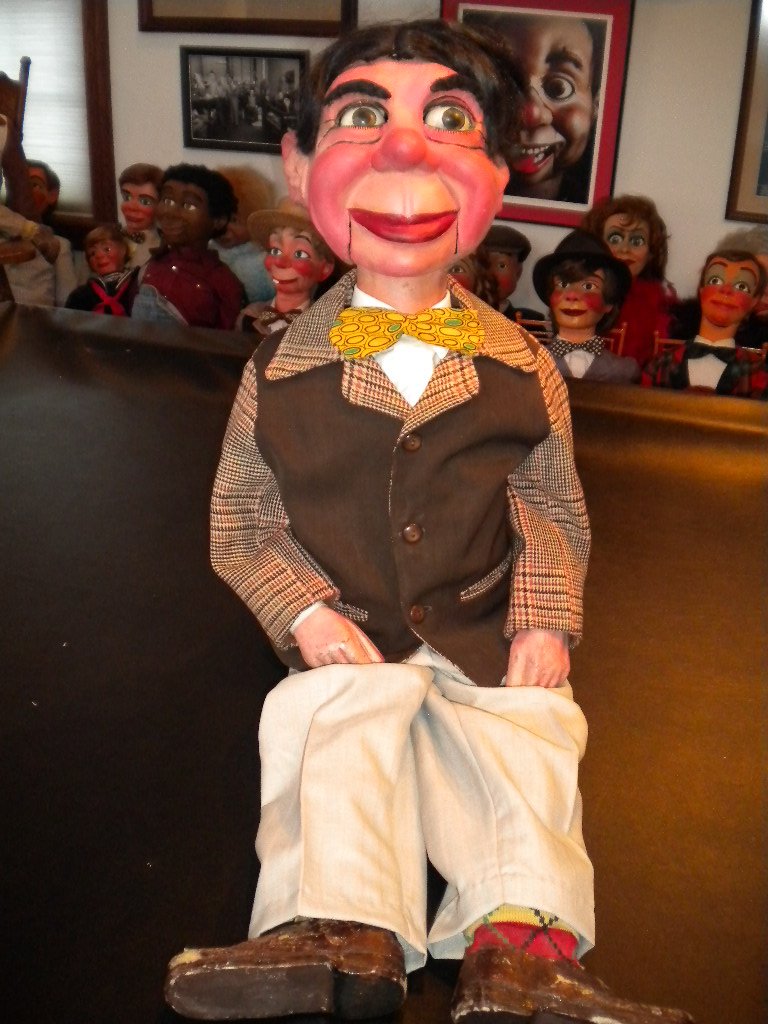 James Tattersall is not too well know here in the United States but over in England back in the 1950’s he was very well know for his outrageous full size figures and the amazing act that he did. All of the figures Mr Tattersall used were built by his own hands.

The family of James Tattersall still owns all of the figures that James built and used except for one and the story of this figure is very interesting indeed.

It seems that Mister Tattersall had a best friend ( unfortunately I do not have his name ) to whom he presented one of his figures as a gift. That figure remained with this person’s family until 2005 when it was offered for sale at auction.

One of the demands of the seller’s family was that the figure remain in the United Kingdom. I was dismayed by the fact that the family would not accept my bid because I was from outside the country. So I contacted a very good friend of mine, an antique dealer from New Hampshire, whose son lives and works in London England and asked him if he would have his son contact me. I was accommodated and spoke with his son and gave him all the details. He did in fact bid for me and won the figure at the auction. Boy that difference from dollars to pounds was quite pricey. At that time the pound sterling was equal to $2.35. I paid the money and had the figure shipped to me and was very happy when he arrived. Ventriloquist Central Collection now had the only Tattersall figure outside of the Tattersall family.

As I have said many times I only sell figures when I purchase something else. Well it was right before the Vent Haven ConVENTion in 2005 not long after I had received the Tattersall figure when a superb Frank Marshall figure came my way. I could not pass it up so after the purchase I had to decide what figures I was going to sell to re coupe some funds. I took the Tattersall figure and a few others with me not thinking anyone would really step up to pay the price for him but I was wrong. My friend Bob Abdou saw him and fell in love and said he just had to have him. It was enough money that I said yes and he went to Bob Abdou’s great collection. There he has remained since.

As things happen Bob and I got embroiled in a deal and in this deal the Tattersall figure has returned to the Ventriloquist Central Collection. I am thrilled beyond words to have him back because I was always sorry I let him go but times warranted the sale. I can tell you this he will not depart the collection again.