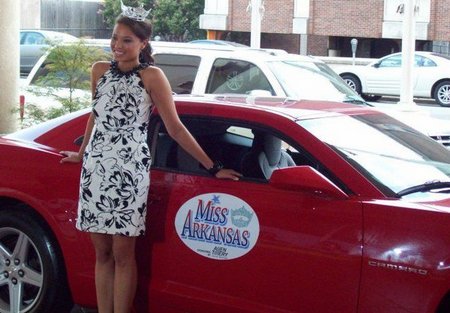 Usually I write the blog for Ventriloquist Central but today I turn the writing over to Steve my webmaster because he has a very interesting story to tell so Steve take it away….

Thanks, Dan…I thought I would give a personal insight to the current Miss Arkansas and ventriloquist, Alyse Eady.

I originally found out about Alyse Eady on Facebook and sent her a friend request. I saw that she was a “local” person and happened to be a ventriloquist. As I did more research, I found out that she had been Miss Teen Arkansas and used ventriloquism in the talent portion of the pageant.

She accepted my friend request and that was about it. As I followed her posts on Facebook I noticed that she had been Miss Teen Arkansas, graduated college and was also going to be in the Miss Arkansas pageant.

A few months ago, Alyse called me out of the blue (we had never talked up till that point) and wanted to ask a favor of me. She asked if I knew anyone who had a boy ventriloquist figure she could use with her girl figure for her talent portion of the Miss Arkansas pageant.

It just so happened that I had a boy vent figure, a Bill Anderson head I had gotten years ago from someone, and I told her I was more than happy to loan him to her. We made arrangements to meet in and I would give her the figure. (Here’s a pic of the little guy) 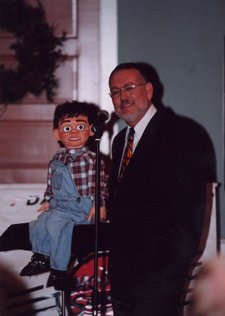 I remember the first time I met her face to face, we met in the parking lot of the Starbucks in Ft. Smith, she walked up to me, I reached out to shake her hand and asked, “Am I shaking the hand of the future Miss Arkansas and future Miss America?”

I gave her the figure and asked when and where the pageant would be so that I could make plans to attend. Then I found out it was the same week as the Vent Haven ConVENTion, so I would not be able to make the pageant.

We talked on the phone a few times after that meeting about the type of act she would do and a few minor details about her performance and I wished her all the luck in the world.

Fast forward to after the ConVENTion and the pageant and Alyse Eady was crowned Miss Arkansas. Here’s a news clip from a local TV station about Alyse. There is a small portion that shows her performance and the figure I loaned her.

Here are some other video links of this very talented young lady:

I talked with Alyse last week, the first time since she one and needless to say she is ecstatic. She asked if I would make the boy figure eyes move (at one time years ago, I made them stationary) and I told here I would be happy to fix the eyes. Her plans are using her ventriloquism talents in the Miss America pageant which will be in January 2011 in Las Vegas.

So, to all you ventriloquists and ventriloquism enthusiast out there that are on Facebook, let’s show our support for Alyse. Here’s her Facebook link so you can “friend” her:

As I’m writing this, she only has two ventriloquists in her friends list (that I know of)…..so let’s bombard her (she may kill me for this…but oh well).

With Jeff Dunham, Terry Fator and others bringing ventriloquism to the forefront as they have today, how great would it be for Miss America to be a ventriloquist as well? Besides, Alyse is what we call in Oklahoma, “good people” and deserves to get this honor.

Steve, thanks for this insight and I agree, we should all show our support for Alyse Eady.