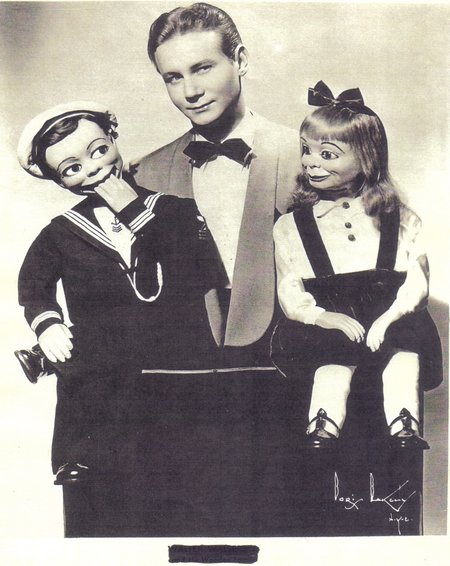 The figures have had a few owners over the past few decades and I can trace them back to Captain Dick of the Dummy Depot in Seattle Washington which is no longer. At that time the figures were repainted by Ray Guyll.

Captain Dick did in fact sell them but the name of that buyer I have not been able to find out. Somewhere after that around 1995 Woody was redone again and remained unfortunately not like a Marshall job. Mary Lou still has the paint from Ray Guyll.

I took it upon myself to re do Woody so that he again was the way Frank Marshall would have painted him and I also fixed his chop stick levers. The previous restorer actually put the wig on backwards and tried to make it fit but it was just wrong and was also black and Woody had red hair.

The other thing that is nice is that the original stand used by Walter is still with the pair of figures. 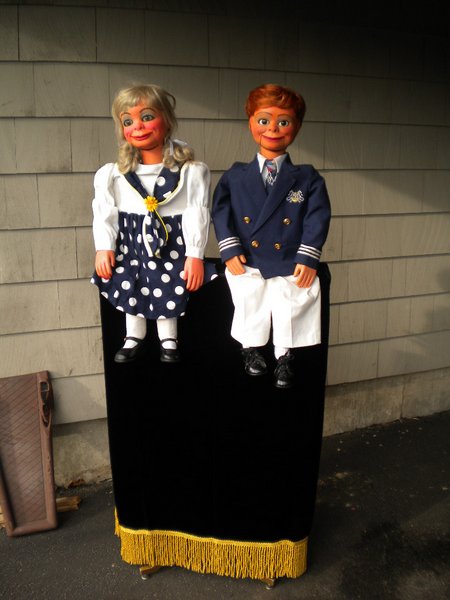