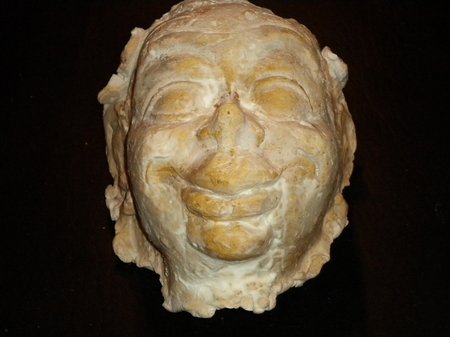 Today I am happy to show you a new piece that was donated to the Ventriloquist Central Collection by Ray Guyll.

Frank Marshall was talented for sure. He even sculpted in plaster. This piece of sculpture was done for Earl Estenson and it was a rendition of his original figure named Eddie O’Connor which was made of plastic wood. 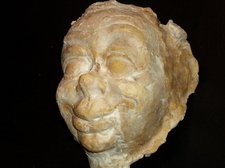 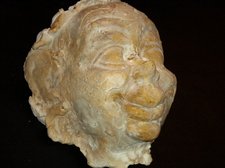 If you don’t recognize the face, or the name I mentioned above, I will help a bit more. The original figure was made by Martin and Olga Stevens, they were puppeteers and actually taught Earl how to build figures, out of plastic wood.

Dick Weston became famous in Las Vegas using his characters Aunt Martha and Clarence. Both of them were also built by Dick out of plastic wood.

I am happy to share this with you all and to also show off Frank’s talent.

Also here is a great video of Dick Weston performing.