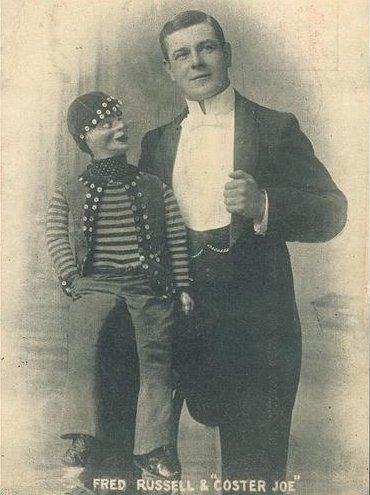 I had a young fellow contact me and was asking me about the origins of the ventriloquist figure as we all know it today and I thought this was a great question and decided that instead of answering him privately I would write up a blog about this particular subject.

This figure’s name was Coster Joe and was a cheeky boy figure. Fred Russell was a huge success and from this he became known at the father of modern ventriloquism.

If you follow this link to the Ventriloquist Central Tribute to Ventriloquism section, you can see some pictures of Fred Russell and his side kick Coster Joe and also read all the information on this great ventriloquist.

I have to say questions like this are great and I love to help young and new folks coming into this art and will always try to answer questions for you either publicly or in private.