Posted on September 7, 2012 by Webmaster 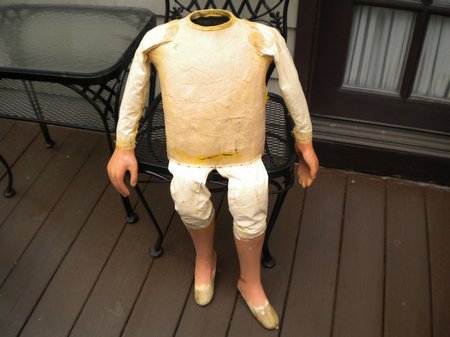 One of the rare items to find with ventriloquist figures from Len Insull here in the United States are his bodies. Maher Studios under Madeline Maher imported many Len Insull heads which they sold through their catalogues but Madeline always built her own bodies therefore the scarcity of Insull Bodies.

Insull bodies, like his heads, are made of paper mache with a wooden base. The upper legs and the arms were done with muslin but they were not sewn. Len glued everything.

The seams on the arms and legs were glued and the arms were glued to the shoulders of the body. The upper portion of the legs were tacked to the front bottom board. The hands and lower legs were also cast in paper mache. The bodies had the hole large enough for the head to drop through and there was no head lock.

The hole has kid leather surrounding it so that it would not rub off paint on the neck of the figure. The performer held the head up by the head stick.

The full size Insull body is 34 inches tall so when you added the head the full figure would be about 44 inches. Len Insull made his figures in a smaller size as well which was only about 30″ tall.

I hope you enjoy seeing this body as they are hard to find. 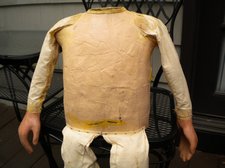 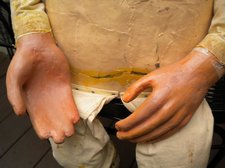 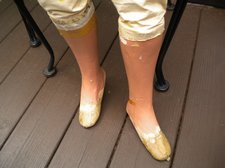 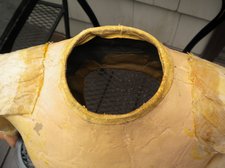 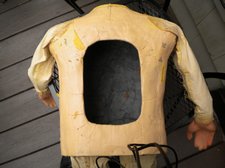 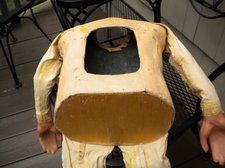 Click here for more about Insull and his ventriloquist figures