Birth Of A (Ventriloquist) Dummy 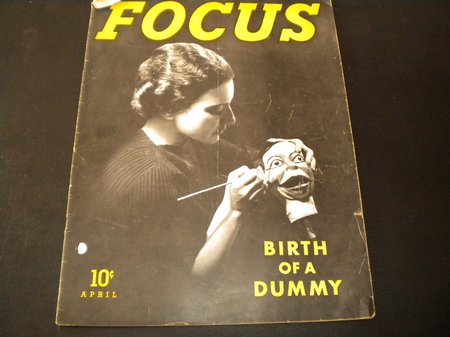 Back in 1938 a magazine was on the news stands called Focus. This was a pictorial magazine much like the magazine Life. It brought pictures of stories and gave some information but left it up to the readers to for their own conclusions.

The April 1938 edition carried on the cover the story title “Birth of a Dummy” and the story inside is a showing of pictures of a builder of both marionettes and ventriloquist figures by the name of Remo Bufano who was from New York in Greenwich Village to be exact.

I myself have never found one of his figures but according to the article he produced figures from $100.00 to $400.00 and the more expensive figures had clockwork mechanics in both the head and body.

Just think about this, the price Mr. Bufano was asking for his basic figure, was almost double what the McElroy brothers were getting at the same time and his most expensive figure was four times the price of a McElroy deluxe. So why have we not heard of this maker Mr. Bufano?

I was rather surprised that Mr Bufano was producing figures which he actually called Charlie McCarthy and as you can see in the pictures they did in fact have a very similar look. Mr Bufano sculpted in clay, cast the figures in his own mix of a wood dough and mechanized them.

He had a female artist the paint them. The figures were clothed and the clothing permanently attached to the figures. I guess Mr. Bergen either gave him permission or didn’t know about him even though this article was published for all to read.

I wish I could have provided the entire magazine for you to read but I think you get the idea from my description and the pictures. 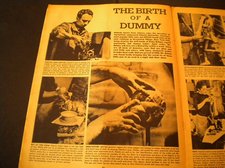 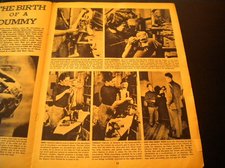 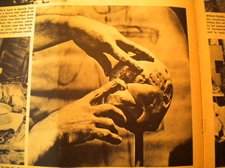 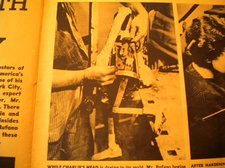 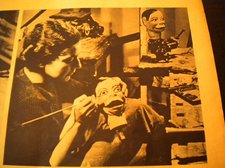 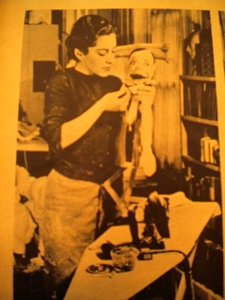 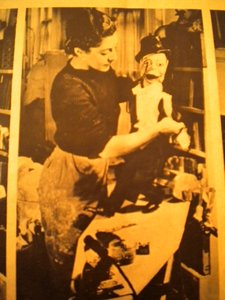 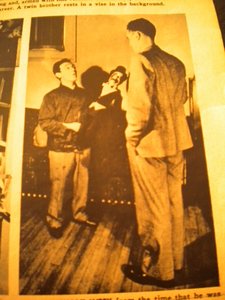 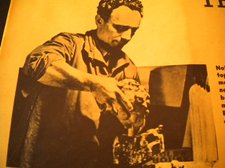 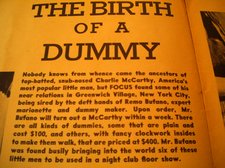 5 Responses to Birth Of A (Ventriloquist) Dummy